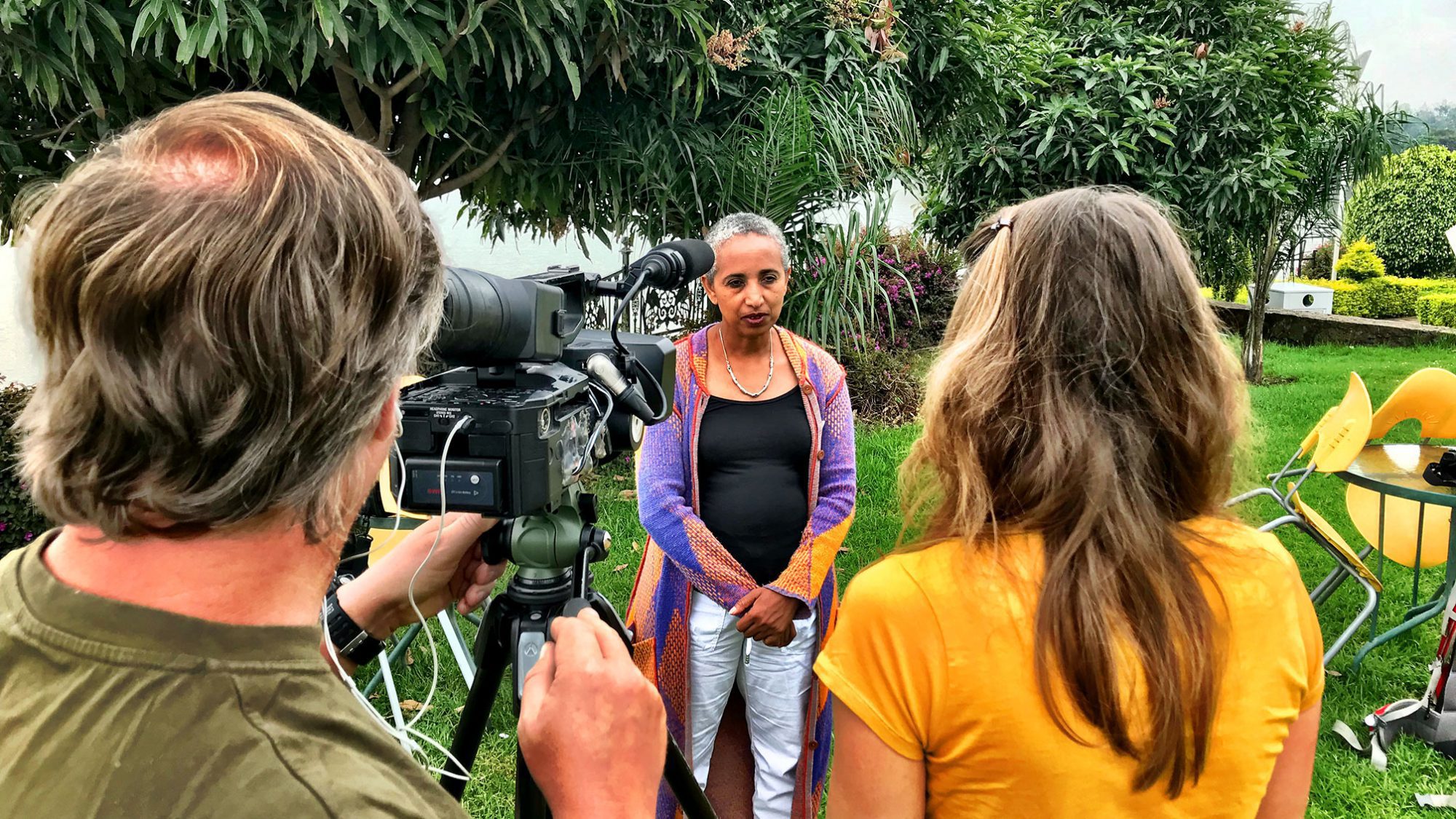 On behalf of the UNESCO Office in Addis Ababa (Ethiopia), the environmental media expert Henning Schwarze and the nature filmmaker Robin Jähne produced a multimedia feature about the Lake Tana Biosphere Reserve.

Spectacular aerial photography and interviews with local scientists and experts provide interesting information and insights into the lake and the surrounding area. For the production, the two media experts from OWL traveled twice the region in north-western Ethiopia.

Lake Tana, the largest lake in Ethiopia, which also marks the source of the Blue Nile, is rich in biodiversity of endemic plant, fish and bird species. The lake is surrounded by extensive wetlands, which serve as important wintering grounds for thousands of migratory birds. In the region of Lake Tana and around the cities of Bahir Dar and Gondar, there are numerous cultural and archaeological sites that make the region an important destination for national and international tourists. However, the lake also faces many challenges, including water pollution, soil erosion, population pressure and the resulting loss of biodiversity.

Henning Schwarze and his company INTEWO have been active on Lake Tana since 2004 and have already voted in 2005 for the designation as a biosphere reserve. In 2015, Lake Tana was finally officially recognized by UNESCO as a Biosphere Reserve.

The recently published multimedia feature aims to raise awareness of the fragile nature and promote sustainable development in the region. The project was supported by the German Embassy in Addis Ababa and by Ethiopian Airlines.

The 17 clips and 8 expert interviews are available online at laketana.intewo.tv.

Some impressions from the time at Lake Tana